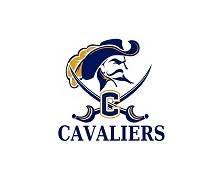 Coach William Anderson “Andy” Hawks, 65, of Graham, NC passed away on Saturday November 9, 2019 at his residence. A native of Galax, VA Andy was born on November 2, 1954 to the late Sidney and Shirley Hawks. Raised by his grandparents, Oscar and Tacey Hawks on a beloved farm in Haw River. Andy always considered himself a “country boy”; despite all of his achievements he remained a humble man. He Graduated from Graham High School, and then attended Elon University on a full ride scholarship with wrestling and football. While at Elon Andy became a two time conference champion in wrestling.  He finished off his senior season of wrestling nationally ranked. After graduating from Elon in 1977 he earned a master’s degree in biology. Andy taught and coached at 8 different high schools, where he led his teams to multiple championships. Coach Hawks was selected five times for who’s who of American teachers. He is a legend in the field of wrestling and his teams at the two high schools, Cummings High and Graham High combined for more than 1,500 matches won. For this, he is on the NCHSAA wall of fame for 31 conference championships and 25 times conference coach of the year. Andy was awarded the “Dickie’s American worker of the year” and in the fall of 2019, he published his book, “coach, you are crazy.” A funeral service will be held at 2:00 PM on Saturday November 16, 2019 at the McClure Funeral Home Chapel in Graham. Burial will follow in Linwood Cemetery in Graham. The family will receive friends from 12:00 Noon until service time on Saturday at McClure Funeral Home in Graham. Andy will always live on in the hearts and lives of all of the young people he coached and taught, and all who knew him to zip out a one liner, like “some get the peanut, some get the shell, and some get the bag with the hole in it.” Condolences may be offered at www.mcclurefuneralservice.net

To send flowers to the family or plant a tree in memory of Coach William "Andy" Anderson Hawks, please visit our floral store.