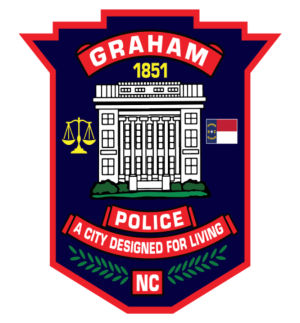 Raymond was a lifelong resident of Alamance County. He was born July 30,1934 to Lee Dewey and Verlie Barham Perdue, both deceased.  He was married for 55 years to The late Katherine Mills Perdue, before her death in 2014. In addition to his parents and wife, Raymond was preceded in death by his infant daughter Lisa Dawn, a sister Nancy P Jenkins and brothers Jerry Perdue and Henry Perdue.

In 1967, Raymond joined the Graham Police Department. He served for 25 years on the force working hard and moving up, so that when he retired in 1992, he retired as the Chief of Police.

Retirement wasn’t for Raymond. Soon, he and his wife began operating the 54 Gas House until deciding it was time to finally fully retire. But if you knew Raymond, you fully understand why after a short time, he found himself once again working. This time at the Burlington train station.

Raymond was a soft spoken man, whose strength, virtue and morality were questioned by none.

A funeral service will held Sunday, November 3, 2019 at 2:00 PM in the McClure Funeral Home Chapel in Graham. Officiating will be Reverend Dan Ficklin. His burial will follow in Graham Memorial Park. The family will receive friends from 4:00 PM until 6:00 PM Saturday evening. Other times they will be at the residence.

In lieu of flowers donations may be made to Hospice and Palliative Care of Alamance/Caswell, 914 Chapel Hill Rd., Burlington, NC 27215.

Online condolences may be sent at www.mcclurefuneralservice.net

A service summary is not available
Share a memory
© 2020 McClure Funeral Service. All Rights Reserved. Funeral Home website by CFS