Share a memory
Obituary & Services
Tribute Wall
Read more about the life story of Larry and share your memory.

Mr. Larry Jackson Carter 75, of Raleigh, NC formerly of Graham, NC passed away on January 8, 2023 at the VA Medical Center in Durham. Larry was born on December 28, 1947 and was the son of the late Haywood and Audrey Goodman Carter. He graduated from Graham High School in the class of 1965. Larry worked as a screen printer for numerous years and was a member of Davis St. United Methodist Church. Larry loved his country and proudly served in the US Air Force. Survivors include his brother, Samuel Carter and wife Anita; his nieces and nephews, Shane Carter and wife Sarah, Samantha Proctor and husband Greg, Josh Carter and wife Stephanie, and Charlie Grubb and wife Brenda; a brother-in-law, Frank Grubb; and many other cousins and friends. In addition to his parents, he was preceded in death by a sister, Martha Grubb and a brother, Daniel Richard Carter. A memorial service to celebrate Larry’s life will be held at a later date. In lieu of flowers, memorials may be made to McClure Funeral Service in honor of Larry’s services. McClure Funeral Service in Graham is assisting the family.

To send flowers to the family or plant a tree in memory of Larry Jackson Carter, please visit our floral store. 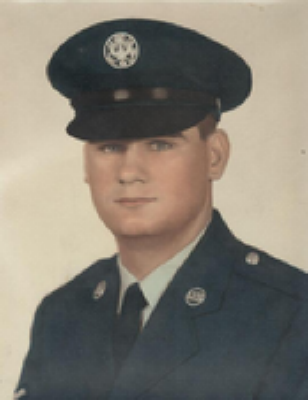 Look inside to read what others
have shared
Family and friends are coming together online to create a special keepsake. Every memory left on the online obituary will be automatically included in the book.

Family and friends are coming together online to create a special keepsake. Every memory left on the online obituary will be automatically included in the book.

You can still show your support by sending flowers directly to the family, or by planting a memorial tree in the memory of Larry Jackson Carter
SHARE OBITUARY
© 2023 McClure Funeral Service. All Rights Reserved. Funeral Home website by CFS & TA | Terms of Use | Privacy Policy | Accessibility