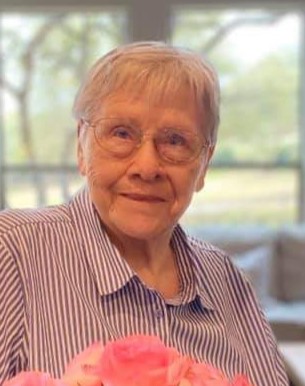 As the sun set on Thursday, April 8, 2021, Patricia Anne (Boyd) Foss transitioned from this Earthly state and passed away at age 82 in Austin, TX.  Patricia, or Pat as she was best known, was born March 28, 1939 in Elgin County, Ontario Canada to Leo Allen Boyd and Mary Ilene (Taylor) Boyd. She had a wonderful and loving youth spending summers working tobacco with her cousins, attending family reunions, riding horses, playing pranks on her little sister and being surrounded by an extremely large extended family.  She pursued and excelled in the sport of figure skating for many years.  Pat was a very talented creative artist.  She was known for scouring the local craft stores for her treasures and then turning the treasures into beautiful works of art.  Everyone who has been lucky enough to know her, most likely has something she made for them.  Pat served for a period of years as the President of the Buffalo NY Chapter of the Jaycettes, fulfilling her civic duty.

Patricia married John Warren Foss in December 1957 and moved to the United States.  Here she found her highest calling, being the mother to four daughters.  She found ways to highlight the talents of each of her girls bringing adventure to long summers, magic to the holidays and a deep love of family in her own special way.  She was right in the middle of any mischief, most of the time the orchestrator! She loved to laugh.  Pat was always outspoken, never one to shy away from stating her opinion.  You had to be really good to beat her in a debate, she always was surprising others by her depth of knowledge.  When she had your back you had nothing to fear.  Patricia survived a tough fight with cancer.  Sadly, it changed her, seeming to take some of the wind from her sails and some of her joy. To the very end she loved her family fiercely, and was loved just as fiercely in return.

A graveside service will be held Friday, April 17th at 10 am at Graham Memorial Park. It is requested that those attending the service please wear a mask and practice social distancing

Plant a tree in memory of Patricia by clicking here.
To send flowers to Patricia's family, please visit our floral store.

A service summary is not available

Plant a tree in memory of Patricia
An environmentally-friendly option

Plant a tree in memory of Patricia

2 trees planted in memory of Patricia

So sorry for your loss Jackie, Sage and Haylie and the rest of your family.  I know how much you all enjoyed your Mom and grandmother.  She has her complete healing and victory over Cancer now.  Love you all
Sandra Johnson

So sorry for your loss. Mrs. Foss was such a sweet lady when visiting at her bank in Graham. We have missed her. Sending deepest sympathy for the loss of you loved one.

Wonderful people, John and Pat.  We became close when we lived in Burlington. John and Pat always had us laughing about their own experiences in life. Raised a wonderful family. God Bless you Pat, glad you are with John!

My children and I have so many wonderful memories visiting Pat and John.  We would feed the ducks, talk forever,  pet the dogs and say hi to a horse.   She blessed our lives in soany ways.  She will be missed.

Sending love and peace to you.
Rick and Julia Tipton

A Memorial Tree was ordered in memory of Patricia Anne Foss by Rick and Julia Tipton.  Plant a Tree

Plant a tree in memory of Patricia