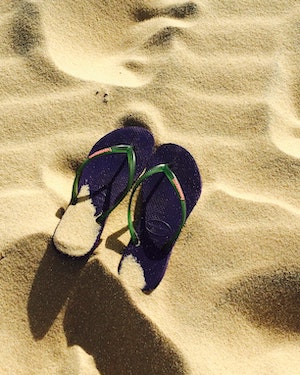 Mr. Robert “Barry” Foust 55, of Burlington, NC passed away on May 28, 2022.  A native of Alamance Co. NC, Barry was born on March 22, 1967 to his mother, Anne Foster Foust and his father and stepmother, Robert Vernon “Bobby” and Leigh Foust, who all survive. Barry grew up and was Baptized in the Mebane United Methodist Church. Barry had a special love for racing motorcycles and fast cars. He was known for his personality and contagious smile which meant he never met a stranger and looked forward to meeting anyone new. You could always see Barry with his shorts, flip flops, and a grin on his face. Barry was a “Grill Master” and could cook anything.   He also had about any kind of grill you needed to cook on. Barry was the kind of man who would always put others first and would always lift others around him up. Barry had a carefree soul and wit about him that always made others happy. Nothing put a smile on his face like his family. Survivors include his special companion, Ibog Novelyn; his children, Jenny Foust Honeycutt and husband Coley, Josh Foust, Ayden Taylor and Tessie Anne Foust; his grandchildren, Ryker and Daxton Honeycutt; his sister, Lori Foust St. John and husband Matt; his brother, Billy Foust and companion Lori Blalock; his Aunt, Sue Kimrey and husband Ron and cousins, Gina Wagner and Dusty Kimrey. A funeral service will be held at 2:00 PM on Saturday June 4, 2022 at the McClure Funeral Home Chapel in Graham with the Pastor Steve Braswell and Pastor Rob Harrison officiating. The family will receive friends from 12:00 Noon until service time on Saturday at the Funeral Home. Dress code is casual dress.  In lieu of flowers, memorials may be made to his little girl, Tessie Ann for her future education by donating to a Go Fund Me page set up for her at

To send flowers to the family or plant a tree in memory of Robert "Barry" Foust, please visit our floral store.

A Memorial Tree was planted for Robert "Barry"

We are deeply sorry for your loss - the staff at Graham

Join in honoring their life - plant a memorial tree