Share a memory
Obituary & Services
Tribute Wall
Read more about the life story of Samuel "Rick" and share your memory.

Samuel Richard “Rick” James, 60, of Snow Camp, NC, passed away on January 19, 2023, after a brief illness. Rick was the son of Bonnie James Fisher and the late Samuel Lee James.  Following in the footsteps of his father and maternal grandfather, Rick had independently owned and operated James Plumbing Service for over forty years. He was a man that valued the wisdom of those older than him and always made an effort to make others feel special. Rick had a passion for mechanics - classic Chevrolets in particular. Rick was a member of the Kingdom Hall of Jehovah’s Witnesses in Gibsonville and looked forward to meetings with the congregation.  Rick is survived and missed by his loving mother, Bonnie (Blaine), his sister Scarlett, and his two daughters, Brook (Brandon) and Dorian. His memory will be forever cherished by Brook’s two children, his only grandchildren, Brandon and Kristina, as well as his nieces and nephews Madison, Tara, Cameron, and Tyler.  The family will receive friends beginning at noon on Saturday, January 28, 2023, at McClure Funeral Service in Graham, followed by a Funeral Service at two o’clock. Burial will follow at Mebane Memorial Garden.  In lieu of flowers, memorial contributions may be made to the Kingdom Hall of Jehovah’s Witnesses in Gibsonville, NC. Follow the Zoom link to live stream. https://us02web.zoom.us/j/88130228717?pwd=WU1sMTdwZVYzS1FmRDhTbHBydDZqUT09

To send flowers to the family or plant a tree in memory of Samuel "Rick" Richard James, please visit our floral store. 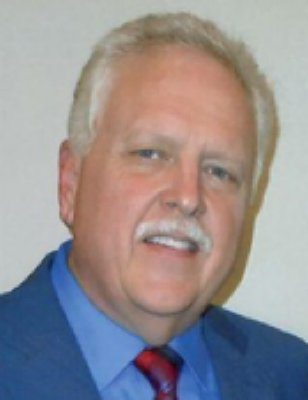 Look inside to read what others
have shared
Family and friends are coming together online to create a special keepsake. Every memory left on the online obituary will be automatically included in the book.

Family and friends are coming together online to create a special keepsake. Every memory left on the online obituary will be automatically included in the book.

You can still show your support by sending flowers directly to the family, or by planting a memorial tree in the memory of Samuel "Rick" Richard James
SHARE OBITUARY
© 2023 McClure Funeral Service. All Rights Reserved. Funeral Home website by CFS & TA | Terms of Use | Privacy Policy | Accessibility